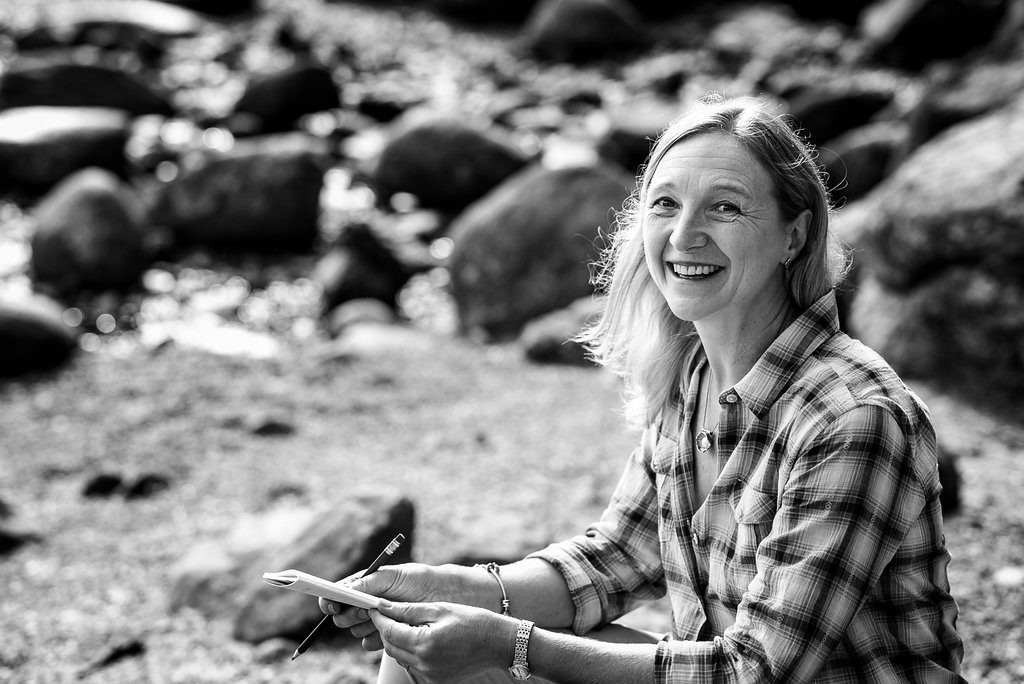 Sonia Garrett has worked as a dancer, clown, actor, and Drama Teacher. She has run her own business as a franchise owner for Gymboree Play and Music, which means she did all the jobs that no one else wanted to do. And now she seems to have settled down to being a mom, teacher, storyteller and writer.

She is always up for an adventure and has found herself working in Morocco, riding camels in India, turning on Christmas Lights dressed as the White Power Ranger, and being photographed with a tiger.

She was born in England, moved to California when she was three weeks old, went to school in Australia, and spent most of her adult life in England where she graduated from the University of East Anglia with a BA (Hons) in Drama and English.

She lives in the gentle chaos of books, film and outdoor paraphernalia, cooking ingredients and gardening equipment in Vancouver, Canada with her stunt performer/co-ordinator husband, Rich, and their daughter, Jacquie.