Roald Dahl is one of my favourite children’s authors. Who can forget Charlie Bucket, Willy Wonka, the BFG, or Matilda? His writing shimmers with imagination, memorable characters, wit, and originality. His ability to capture a child’s world is enviable. Where did his inspiration come from? 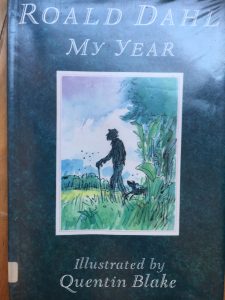 After reading Roald Dahl’s “My Year”, I thought I would jot down my impressions and memories of August. It’s an experiment in creating a journal as part of the creative process.

As I write temperatures are soaring above 30° C. School is out. September is a distant threat. The days are long. I can write in daylight hours, get outside to swim, hike, paddle, garden, and be with friends and family. Even the daily chores happen at a less frenetic pace. The days meander along, with time to curl up and read a good book, try out a new skill, and just daydream. 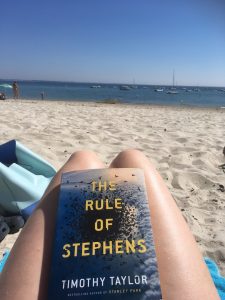 August has always been a great month for me.

Even growing up in Australia, where the eighth month comes at the end of winter, I would always look forward to it.

It’s the month I was born and birthday celebrations have always been special for me. As a child, I got to choose what we ate for dinner and, once every five years, it was my turn to have a party. Presents from my parents had a strict $10 upper limit. The dream of owning my own horse was definitely out, but there were some memorable milestones. At ten we were each given a bicycle, bought from a neighbour who constructed them from parts found at the tip. And at thirteen we each got a watch. Every two years, for a decade, my father bought a wristwatch from the repair guy at Wynyard Station in Sydney. I wonder if he knew how big our family was? Sibling gifts usually came in paper bags and had to be bought out of our allowance – second hand books, cheap perfume from the pharmacy or yoyo strings, to be shared with my brothers, were the norm. However, one memorable year my youngest brother proudly presented me with roll-on deodorant. That definitely goes down as the worst gift ever.

As a family, we also had a week’s holiday in Terrigal on the Central Coast of N.S.W. We would load up the green Holden estate with a box of apples, a box of oranges, fruit cake and meals cooked for a week. The old beach house we traveled to had foam boogie boards hidden in storage bins. Days were spent at the beach, braving the waves in hand-me-down Speedos with ribbon holding the shoulder straps on. Evenings were spent in front of a wood burning fire, doing jigsaw puzzles, playing card games, and Monopoly. There was no telephone, no TV and some of the best childhood memories.

What’s your favourite memory of August?